Climate change and its consequences in the cultivation of garlic

Climate change and its consequences in the cultivation of garlic 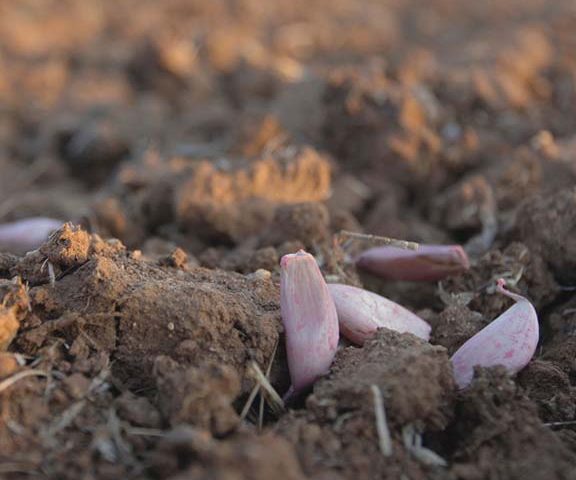 Climate change, a phenomenon that seizes the thoughts of the world’s great rulers, has announced in recent decades that it is already present and bringing irreversible consequences. And although each geographical area has its specific degree of vulnerability, the sector that is most affected is agriculture and in particular the production of garlic of Aceuchal which is the promoter of the economy of a large part of Spain.

This alarms the population because this crop, especially, has the richness of being one of the most important healing ingredients present in the world gastronomy, because its medicinal properties recognized by science and its scholars, in addition to its function as an excellent condiment in the kitchen.

One of the main causes that affect agriculture is the increase in temperature that produces a greater capacity of the air to absorb water vapor, generating a greater demand for water. In addition, the increase in evapotranspiration rates is a deadly factor for crops, since drastically the natural humidity of the soil, and although you could think of irrigation systems, it is known that worldwide, this mechanism is not easily accessible .

Another determining factor in the production of Garlic of Aceuchal is the variation in rainfall precipitation that, when there is a general intensification of the world hydrological cycle, increases in regions of high latitudes and decreases in regions of low latitudes, such as subtropics.

Thanks to the increase in carbon dioxide that converge with high temperatures and alterations in rainfall, they are the main causes of this climate change due to greenhouse gas emissions, which in turn result in an increase in the acidity of the waters and especially of the waters of the sea, causing the pH of the water to decrease, thus altering the hydrological cycle.

Studies have been carried out that only predict a variable agricultural production at regional level for the next dates. All of this is due to the fact that harder, dry and prolonged than normal harvests will be produced in both high latitudes and low latitudes.

The yield of the crops will not be the same due to the incidence of pests that, having access to a warmer environment, will have shorter life cycles and being able to develop resistance to insecticides in very short periods. And while the climatic conditions do not favor, they can inevitably invade new regions.

The quality of the corn, soybean and wheat crops, for example, will be affected in terms of protein, mineral and lipid content, to present a smaller amount to the one that is nowadays.

In spite of all these incidents that are approaching, many organisms are working on the study of mitigation measures of impacts produced by climate change.

Because of all the forecasts that are available, the organisms are working according to them, trying to minimize the impacts of global warming on the agricultural product, through the generation of methods that may be applied in the future to evaluate in detail the response of crops.