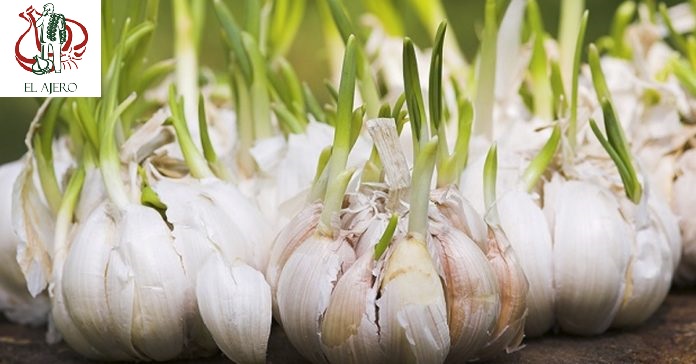 The first thing to take into account is to know the season of the year in which you are, and taking the weather conditions into account, autumn and spring is usually recommended, because they are the ones that offer you a more fertile soil for the planting of garlic. Many people think that using another type of environment will give you the harvest, we must also consider the recommended volume to plant in flowerpots, the minimum depth of the flowerpot, the distance between plant and other in the garden and especially, the distance between lines in the garden so that its growth is optimal.

For garlic, high temperatures are not appropriate in the leaf formation stage, affecting them negatively if we exceed 16 ° C; on the other hand, it paralyzes its growth below 0 ° C. It is therefore a vegetable suitable for growing in the middle of winter.

It needs the stimulation of the long days to start the bulb formation like the onion. Until there are no more than 11 hours of light per day and the average temperatures are not around 18-20 ° C, its formation does not begin.

The bulb that forms has a variable number of teeth, which we will use to plant if we want to make dry garlic. To do this sowing the head is shelled and without damaging neither the root primordia nor the apex where the first leaves will sprout, all the teeth will be separated.

The sowing is done during the beginning of winter, from December to January, although in some places it is sown even at the end of autumn (from San Martín-November 11) but it should never be done in a land muddy by rains.

It is not good to delay planting beyond January, as the Castilian saying reminds us, “Every day that passes from January, a garlic loses the ajero.” However, there are very cold areas where planting is delayed until March.

In the driest terrain we will place the seed (the teeth) at the bottom of the groove and in the damp ones, on the caballón (forming a row on the summit) or one on each side of it. The sowing depth is 3-5 cm, always with the tip up. Each tooth is placed 15 cm from the other, and each row of teeth is separated enough for us to enter the clearing tool we have. In addition, the distance between rows must be at least 25 cm to ensure sufficient aeration and avoid fungal problems. In some areas

lines are separated up to 50 cm, among other things to better mechanize weeding. The tradition is to plant them in a new or waning moon.

If what we want to grow are young garlic, we will plant the entire head, without removing from it the protective skins of each tooth. We will put them a span of each other. Some farmers plant the head leaving it in sight, half buried, covering it when the first leaves have grown somewhat, with a slight overhang or corking (see image above). Harvesting is done prematurely, without waiting for the bulb formation to begin. Moreover, a tender garlic that has started the bulbification will have lost quality as such.

It is usually irrigated, if there is no temperature, before planting. We will plant with tempera and it will only water again if the soil dries. If the spring is rainy, it will behave like a dry land crop until April, dates on which due to the higher temperatures it will be necessary to give a second irrigation, and perhaps another in May.

Fresh Garlic is a vegetable that, due to the structure of its leaves, does not compete well with weeds for light, so it is advisable to clear or bind so that the crop lines remain clean of grass during