Some tricks with garlic 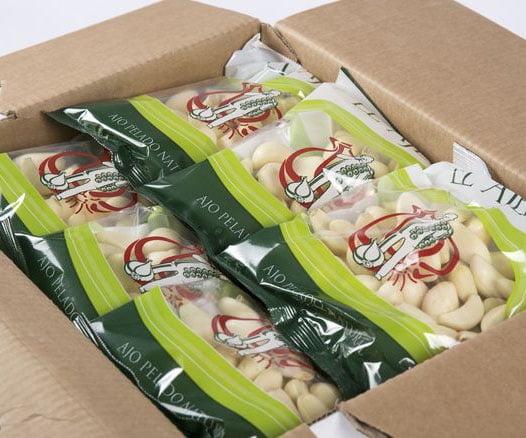 Sulfur substances are what cause garlic to repeat after consuming it, generating unpleasant symptoms throughout the day. These are the tricks to avoid it

Garlic is one of the star ingredients of cooking in Spain, as it stars a host of dishes, some of which are an entire institution of our recipe, such as gazpacho, salmorejo, aioli or garlic soup, a which confers aromatic intensity and pleasure.

However, garlic has a personal and annoying ability that leads many diners to fear the effects it causes: repeats or causes gastroesophageal reflux. According to the Spanish Society of Digestive Pathology (SEPD), “one in five healthy people show signs of gastroesophageal reflux. It is not considered a pathology in itself, since it is a situation that occurs in healthy people several times a day and, especially after meals or while lying down. ”

The main consequence is the burning sensation, from the stomach to the mouth. Although it also causes the effortless return of gastric contents to the pharynx without nausea or arches. Sleep disturbances, which suffer more than half of the people who have reflux, produce a significant decrease in the quality of life.

One of the keys is to consume fresh and fresh garlic, which is what they don’t usually repeat.

But why does garlic repeat us? Those responsible are the sulfur substances it contains, especially allicin and diallyl disulfide, as they generate a series of chemical reactions during the body’s metabolism process. In this way, six hours after consuming it, diallyl disulfide takes effect, which is responsible for this happening.

Some tips for garlic to make us enjoy all its benefits without having to worry about its consequences. Which are?

One of the keys is to consume fresh garlic, which is what they don’t usually repeat. In fact, “the old ones are the ones that cause that unpleasant effect more frequently by having more organosulfurized substances, which are, as we have said, responsible for the repetition.” So the ideal is to buy the garlic according to our needs, discarding the idea of ​​having remnants in our pantry to dry.

Scalding it three times in cold water is presented as an effective remedy to reduce potency to the substances that cause gastroesophageal reflux. “The system is easy: we throw the peeled garlic cloves in a casserole with cold water. When it boils, add it and add cold water again. We repeat the operation three times.” The result is semi-acid garlic, which we can use in our recipes and casseroles without worrying about their last consequences.

Another option is to remove the internal part of the garlic or, what is the same, the germ, which is the one that causes the most reflux. All contain inside a central portion, which is usually green, although it is true that this tone depends on their age. So if we remove it, problem solved. To do this, “just open it lengthwise and remove the inner part.” Of course, it is only a valid procedure for the newer varieties, as the old ones will continue repeating even though the inner germ is removed. ”

Six hours after eating garlic, diallyl disulphide comes into action, which is responsible for repeating us

Precooking it a bit is also a trick with quite a lot of results. It is advisable to introduce the garlic in the microwave at medium power for a few seconds. In this way, the resulting taste is softer and, therefore, does not repeat. We can even prepare an original garlic-based appetizer by cutting the head in half. Then, we bake both halves sprinkled with aromatic herbs for 1 hour at 180 degrees. The garlic is ready to consume, creamy like butter and does not repeat. However, we also have the option to confit them in oil. This technique allows “to store them in a jar in the fridge and have them available both for recipes that require the raw version and for stews and stews.”

But if it’s too late and garlic is doing its thing in our stomach and breath, there’s a solution. At least it follows from a study published in the ‘Journal Food Science’. According to this, it is enough to drink a glass of milk, since this reduces the concentration of allyl methyl sulfide, which, as we have said, is the cause of the annoying symptoms. However, “any beverage or food with high water and / or fat content can help reduce bad smell in the breath and symptoms after ingestion of garlic or mask its taste during the meal. To improve the deodorizing effect, must be mixed before ingestion “.