Some interesting notes on garlic

Some interesting notes on garlic 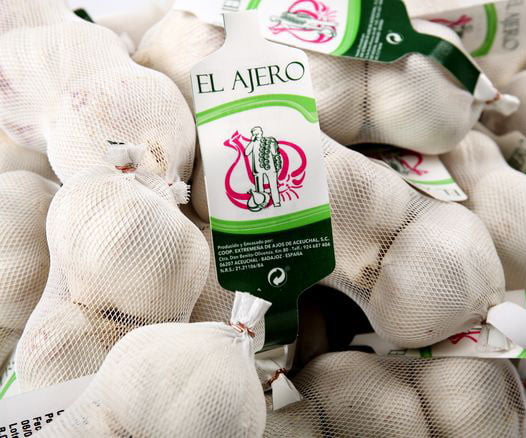 Garlic, whose scientific name is Allium Sativum, is the bulb of an annual perennial plant of the Liliaceae family, to which other well-known plants such as onions or leeks also belong, can be used as medicine or for cooking; according to archaeological studies, the origin of this plant seems to go back to what are now the countries of Central Asia, from where one of its endemic varieties, Allium longicuspis, seems to have spread to the Mediterranean Sea.

As mentioned at the beginning, studies indicate that the garlic origin is from what is now known as the Central Asian countries (former Turkestan, bordering China, Afghanistan, and Iran), from there, it spread eastward and northward to Europe and the Mediterranean at the point to the west.

In fact, the first traces of which are preserved and recorded indicate that the use of garlic both for consumption and as a natural medicine dates back to the third millennium BC, in India and ancient Egypt, in fact, garlic and its relative, onion, are mentioned in some ancient texts, among which we have the biblical texts.

Garlic is a plant that hardly has flowers, these can be greenish, whitish or pink, also has no stem, therefore, its leaves grow directly from the underground bulb, known as the head of garlic, this is composed of a white shell containing between 8 and 12 bulbils, popularly known as cloves of garlic, which measure approximately 1.5 centimeters wide and 2-3 centimeters long; each clove of garlic can weigh between 5 and 9 grams. Speaking of natural, non- Genetically modified garlic.

Since ancient times, garlic has been used to prevent and treat health problems, is popularly known that garlic has a great capacity as an anti-inflammatory, also improves circulation, increases defenses and decreases excess fat in the blood, is indicated for various respiratory and diuretic problems, also prevents hypertension and is a source of vitamins A, B1, B2, B3, C and E, and it also contains water, carbohydrates, protein, fiber, potassium, phosphorus, calcium, iron and sodium; it is considered that if you eat one clove of garlic a day, you can stay away from doctor for a long period of time.

Garlic is very precious in the gastronomic field because it has a great content with respect to its nutritional and digestive properties, it has a great variety of uses and ways of consuming it, it can be eaten raw, fried or cooked, in fact, there are large number typical recipes of the Mediterranean gastronomy (such as the Aragon, Valencia, Balearic Islands, Catalonia, Murcia, Almeria and Granada areas.) that have this plant in a leading role, this is why it is so sought after.

This plant, having so many properties, both culinary and medicinal, has been in great demand since its expansion into the lands surrounding the Mediterranean Sea, it is from its expansion around the world when demand and price begins to turn in favor of those who are dedicated to growing this plant in order to trade it, in fact, in the times of the Roman Empire (from the 3rd century BC to the 4th century AD) garlic is part of the daily diet, being one of the most used dressings in the kitchen since then, which helped to raise its price in the old market.

In the times of the Byzantine Empire, the varied healing properties of garlic made it an important part of the local pharmacopoeia, being used for a variety of purposes, such as the treatment of ulcers, earaches, garlic was even used to neutralize some poisons at that time.

The consumption had a significant increase in the market as it became even more international during the trips of the Spanish colonists to the new continent, being introduced by them in America at the end of the fifteenth century mainly as a product to spice up the meals, however, in those times it did not have much boom as a crop plant in the new discovered continent.

Despite all its medicinal properties and as a food for seasoning meals, around the 14th century, the evolution of garlic prices fell for a reason that, in light of all the knowledge of its beneficial properties, might seem a little trivial and it was the smell it always left in the breath after consumption that kept this plant off-limits to men.

It was not until the 19th and 20th centuries that the price of this plant rose again, becoming a leading foodstuff in Italy, France and Spain. In fact, Spain is currently the leading European producer of garlic and the fourth largest in the world.

At present, studies of the international market show that garlic, due to its quality as a gastronomic product, is experiencing a new upturn in prices, thanks to the great demand for this plant.